No Ordinary stories, now what?

Passionate people can achieve incredible goals! Essilor® Sun Solution™ has decided to support No Ordinary people in their adventures by providing them with No Ordinary sunwear so that they can live their passion to the fullest. Following eleven “No Ordinary” stories by worldwide challengers with incredible goals, taking them to 16 countries, we wanted to know what has changed in their lives and what they plan to do in the future. So, now what?

In 2019, Anne and Marie-Eve decided to take on a project combining support for micro-entrepreneurs with sustainable assistance in South American countries, a challenge that brings together sports, discovery, and mutual assistance.

They chose Latin America as their destination because of the language. Our two adventurers speak Spanish, and it is essential for them to be able to interact with the local population as easily as possible, without any intermediary. Moreover, that area is where the largest number of microfinance institutions can be found. They decided to travel the 6,000 km separating Ecuador and Colombia ... By bike! For them, it’s the most “universal, friendly and athletic way to get around”. A real personal and athletic challenge!

Today, Anne and Marie-Eve share their No Ordinary experience with us!

A partnership with Ryders Eyewear. 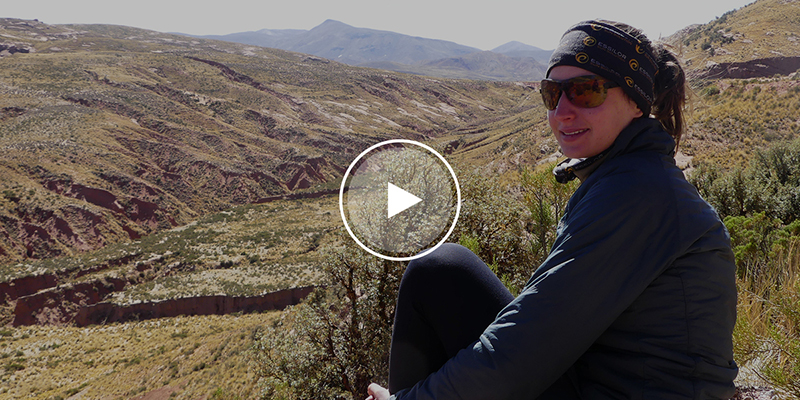 Clara and her father at the Northwest Passage

In 2019, Clara Dumard and her father Christian sailed together for three months with only one goal in mind: to cross the Northwest Passage, without assistance and non-stop!

Today, Clara shares her No Ordinary experience with us, an adventure lived alongside her father, Christian.

A partnership with Costa Sunglasses. 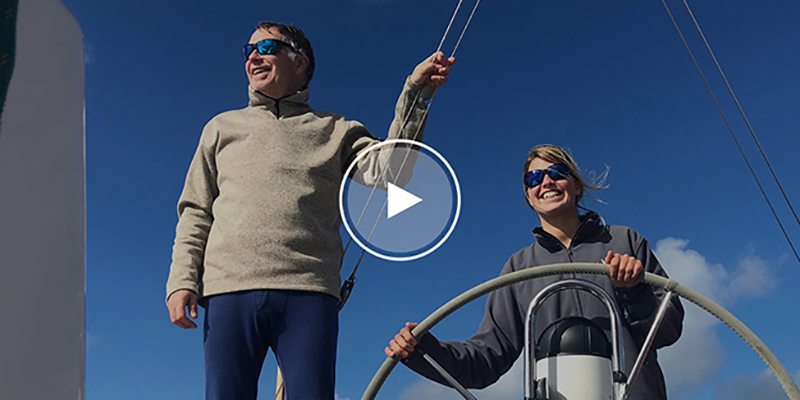 After leaving everything behind to go settle 11 km from the Arctic Circle, in Swedish Lapland, with their Samoyed dogs, Marie and Régis decided to participate in the Beaver Trap Trail. This sled dog race covers a distance of 130 km in three stages and two nights, with contestants sleeping in tents.
Today, they share their No Ordinary experience, as well as a very touching message: Believe in your dreams and do everything possible to make them come true!

A partnership with Julbo 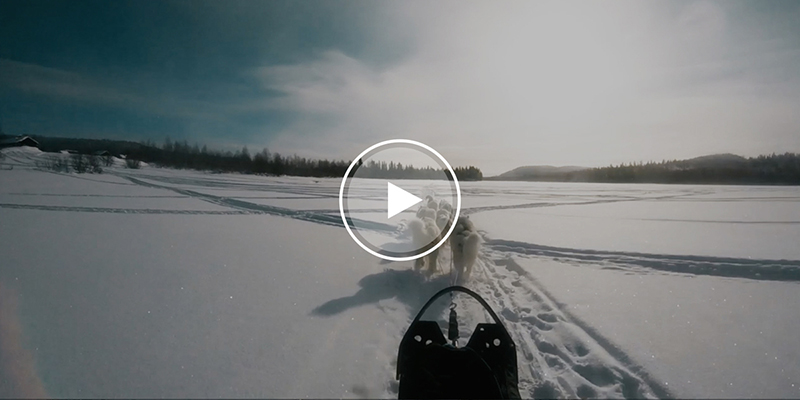 Olympic skier Jamie, nicknamed “Mocrazy”, has always been passionate about skiing. From a young age, her life has been paced by competition events. She always thought that nothing was impossible, that all her dreams were achievable. That made her want to organize the Utah Yurt Trip, on skis, with her best friends Amy, Kyle and Danny, and her companion Reggie, to take advantage of the new freedom that was offered to her! Today, she shares her No Ordinary experience by spreading a message of motivation and positive attitude, in her own image: a sparkling, daring young girl!

A partnership with Electric 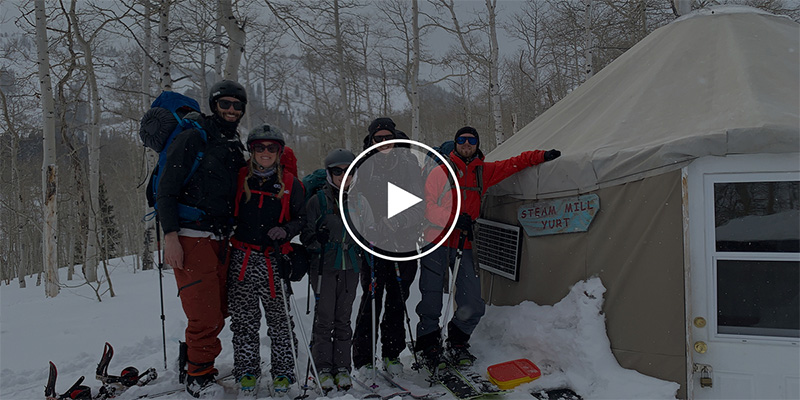 Edgar & Aurélien at the Aquitain Challenge

Committed to protecting nature and passionate about surfing, Edgar and Aurélien traveled 260 km on foot along the Atlantic coast of France last summer. From the beaches of Le Verdon‑sur‑M

er to those of Anglet, they pulled carts in the sand for a month to protect nature. A year ago, the two friends created their own association: 4P Shore and Seas, which combines their passion for surfing, their commitment to the environment, and their scientific knowledge. Their goal is to participate in the cleanup of the world's coastlines while raising awareness among populations by organizing waste collection events on beaches.

This last summer, they were back in the field for a second edition, aiming to collect data on the evolution of the environmental situation, year after year. They are also looking to export the concept internationally. 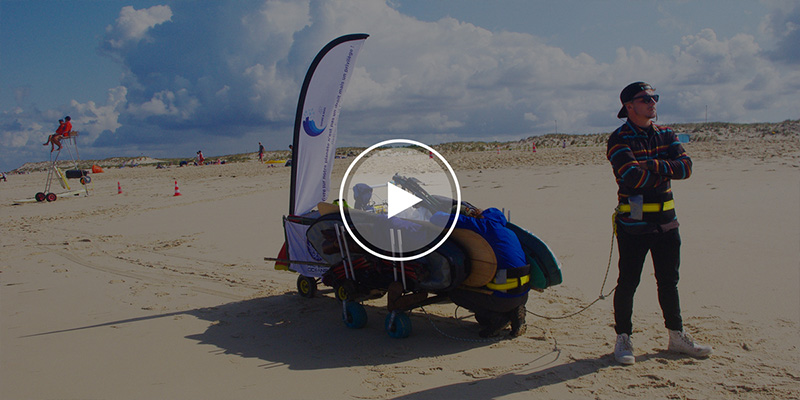 Nicolas Maréchal ran the 2018 Marathon des Sables. Two hundred fifty kilometers across the south Saharan desert, six stages (between 30 and 80 km per day) in total autonomy. He was also motivated to run for another good reason: the “Cercle des Amis Cambodgiens”, an association which helps people in need in Cambodia by giving them free medical equipment, food, and education. Nicolas managed to collect 2 500€ to support this Cambodian project and finished the marathon in 38h48'30''. Today, he reflects on his participation and the goal he has achieved.

A partnership with Uvex 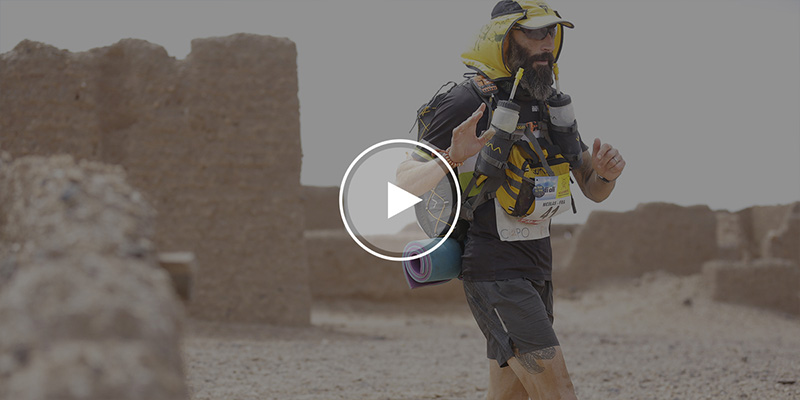 Who is ESSILOR® SUN SOLUTION™?

ESSILOR® SUN SOLUTION™ is the new division of ESSILOR specially focused on advanced sun lens technologies.
We serve all our customers of the sunwear industry, for sports, lifestyle or fashion.

Learn more about us

Ski goggles: Our trends for this winter!